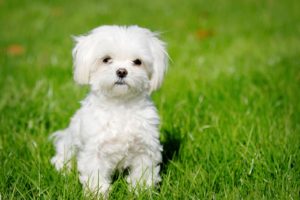 The teacup maltese pup are affectionate, loving, and don’t need much exercise. They do, however, crave attention but how could it be a hassle giving these cute pups attention! Genuine small maltese puppies are a little pricey, they normally start at around $650 and can get more expensive.

Miniature Puppies for Sale to Look Into

Miniature Schnauzer Puppies are another alternative if you’re looking for a miniature puppy. Unlike the maltese or poodle breed, these do shed a little. They also normally don’t weigh more than 15 pounds. If you want to play with your miniature schnauzer then you’re in luck because they’re very energetic and fun to play with. When training your miniature Schnauzer puppy you may need to try a little harder than usual, they do have the tendency to be a little stubborn.

Ways to Save When Buying your Miniature Puppy

When shopping for your maltese puppy, miniature poodle, or even your miniature schnauzer you’ll find it capable to be putting a dent in your pocket. Saving money is on many people’s priorities but it can be hard when looking to buy a puppy. Once you own your miniature puppy (as any other pet) your expenses will rise. The cheapest alternative is to adopt the puppy; you can get the $650 or $500 small dog for around $50! Also, by doing so you would’ve saved an unfortunate puppy.

With all this in mind, it’s time to pick which miniature puppy you want and go off to enjoying your savings!