The Top Air Purifiers for Pet Hair of 2018 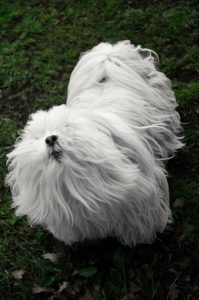 have an allergy which can be triggered by pet hair (vacuums for pet hair work too). Now, whether the reason you’re considering get an air purifier for pet hair is because of allergies or not, only some air purifies will get the job done.

Some air purifiers may claim to cleanse the air from pet hair (hope you enjoyed that rhyme) but even the claims are false. That’s why we went into deep research to gather a list of the top 3 air purifiers for pet hair (yes we made sure that they worked). A key component of these cleansers is something called a HEPA filter which is the most efficient, and cost-effective, type of filter. The following list will be in order of lowest to highest (in regards to the price).

Hamilton Beach TrueAir – Not only will this filter out pet hair but also eliminate pet odors! It works best when meant to cleanse a room, or space, of about 140 sq ft. Remember the HEPA filter I discussed above? TrueAir has a permanent one that will save you loads of money over time. It works sideways or vertically with minimal noise to not disturb your day to day activities or your peaceful slumber.

GermGuardian AC4825 – This is the number one best seller on Amazon for air purifiers! There has to be a reason it has over 4000 satisfied customers. What is it you may ask? Well, aside from the fact that it’s priced under $100 (at the time this article was written), it’s highly effective and advanced. It’s 22 inches and has a 3 speed setting that eliminates odors, mold, mildew, bacteria, viruses, and germs from the air. With a charcoal filter (it also has the HEPA filter, don’t worry), pet odors, scents left over from smoking, or odors from cooking are all reduced.

Winix WAC9500 – One of the most highly advanced air purifier for pet hair there is. With a HEPA filter, which will clear almost 100% of air pollutants homeowners are, or should be, concerned about it also has many features. A built-in smart sensor, which automatically turns on, adjusts itself to meet the needs of the environment it’s placed in so it can clean the air as much, or as little, as needed. Similar to the air purifier above, the WAC9500 has a carbon filter which purifies the room from pet odors, cooking smells, or other bad scents.