What Eats Bats and Who Bats Prey On

Before getting into what eats bats, it’s good to understand a few things first. One, that bats are actually not as large as they appear to be, their body (excluding wings) are small to moderately 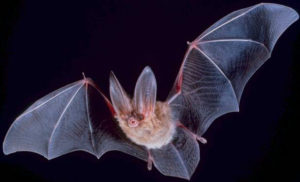 sized. Two, bats are nocturnal and sleep throughout the day; this gives their vultures an advantage. Three, they can possibly spread diseases to humans if, and when, consumed. Humans, however, aren’t a bat’s main worries in terms of who they get eaten by (we do mess with their natural environment though and that’s a big issue), they have other predators to worry about.

One example of bat eater’s are avians, mainly hawks and owls (and sometimes bats). These birds are known to swoop to the entrance of a bat’s cave and when the bats leave they attempt to catch their meal. Bats usually exit their cave in bundles which increases the predators chance of catching dinner. The bat has more natural enemies than just birds though, there are other animals and insects as well!

Other Animals that Eat Bats

The insects that consume bats honestly did catch my attention (as it did in what eats birds). Insects, such as centipedes and spiders are known to regularly eat these bats. The reason they’re capable of doing so is because, as mentioned earlier, a bats true size is small if you don’t consider their wingspan. The centipede, if larger than the bat, will meet with the bat from the ceiling and attack the head first. Spiders will either use webs to their advantage, eat a bat when it’s sleeping, or eat a bat that’s already being eaten on the floor.

Weasels, raccoons, and minks also eat bats. These mammals understand that bats are nocturnal and eat them through the day as they sleep! Pretty smart if you ask me.

To conclude, there are two more natural predators that bats need to watch out for – snakes and fish. As surprising as it may sound, fish only really get the opportunity to eat a bat when they hover near the water. When that happens, the fish typically will jump and catch their prey in the moment.

So many different types of bats, so many different food options for each. Overall, bats in general eat fruits, insects, seeds, and pollen from flowers (which proves that bees aren’t the only ones to enjoy pollen). Some bats (vampire bats) also tend to suck the blood from animals but it almost never causes serious damage to the animals targeted; they don’t go for human blood so don’t be worried. Bats also consume moths, butterflies, and beetles when they look for insects to eat. As we’re discussing insects, there’s always one popular question and it asks about the relation between bats and mosquitoes.

There are also bats that eat lizards, snakes, fish, frogs, and even bats (as mentioned above). So, by now we got into certain insects and animal matter that bats eat, what about fruits? When it comes to fruits, I share a similarity with certain bats myself because fruits are amazing. In regards to fruit, bats enjoy mangoes, bananas, dates, figs, and fruit seeds.